After daddy died, I watched momma slowly convert from Sicilian Catholic to Baltimore Jew when she married Mr. David Morris. I met him long before momma did, at a local pool hall where he was a ball-racker, and bald, like I am now, and he had piercing eyes. I had no idea he would become my father. All I knew about him was that he was a non-practicing Jew, but that’s okay, I was a non-practicing Catholic.
But we all change. Just like I changed… that is, the chicken broth recipe momma passed down to me by simply adding parsnip to sweeten the savor. I learned that from Mrs. Goldstein on a local radio broadcast during Passover. My mother too used good & plump, Kosher-killed chickens for her soup recipe. (It’s the only humane thing to do, and prevent that adrenalin rush into the pullet’s flesh that could spoil the broth.) My momma also agreed about the importance of yellow onions, celery and carrots. And I would add more bay leaves (not the California variety) with the other herbs in case an extra sweet parsnip snuck in. The Mediterranean laurel’s earthiness would balance the extra sugars. Now momma didn’t make matzah ball soup (I think that’s the way the Ashkenazi say it), but I did discover Manischewitz Matzo Crackers. I prefer them straight out of the box. I imagine it’s like the unleavened bread mentioned in the sacred texts, as when the Israelites were in mad exodus out of Egypt. They’d stop briefly to eat flour-crackers cooked on hot rocks.
I also liked matzah with cottage cheese from the Castle Farm Dairy in Baltimore’s Lexington Market where momma would buy it religiously. It was worth fighting the crowd for the creamery, too—the market, more packed than a synagogue on Rosh Hashanah or St. Mary’s down the street on Easter Sunday.
I suppose we Italians are all partly Jewish, not just because of our common cultural heritage (and our love for good food), but also because our DNAs come from the same blood—a genetic thread that binds us together. I read it on Nature.com. But there is some bad blood between us, which, for myself, I disavow. Even though Italy encompasses Rome, I am not Roman. Neither is the Pope. I’m not guilty of any of those injustices in the Middle Ages anymore than Saul of Tarsus was when he held the coats of the bloodthirsty who stoned Stephen, or even the law-abiding Jews who get the bum rap for crucifying Jesus when it was Caiaphas and his bunch of ne’er-do-wells all along. I understand enough about crowd psychology to know better, like when labor-striking unions spook workers into rebellion with their rebel-rousing loudmouths.
Some people get history wrong all the time (not to mention their rewriting it), but I learned something back then when Momma became Jewish—that I was Jewish all along, too, if you let me say Abraham was one of my forefathers; if you let me keep my heart turned toward Israel; if you let me pray the Shema and praise our Jehovah G_d next to my brothers and sisters in any church or synagogue (even if I mispronounce His name); if you let me break bread and rejoice in the Haggadah; and if you let me eat a bowl of chicken soup with you…with or without the matzah balls. 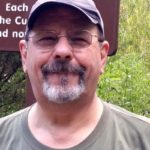